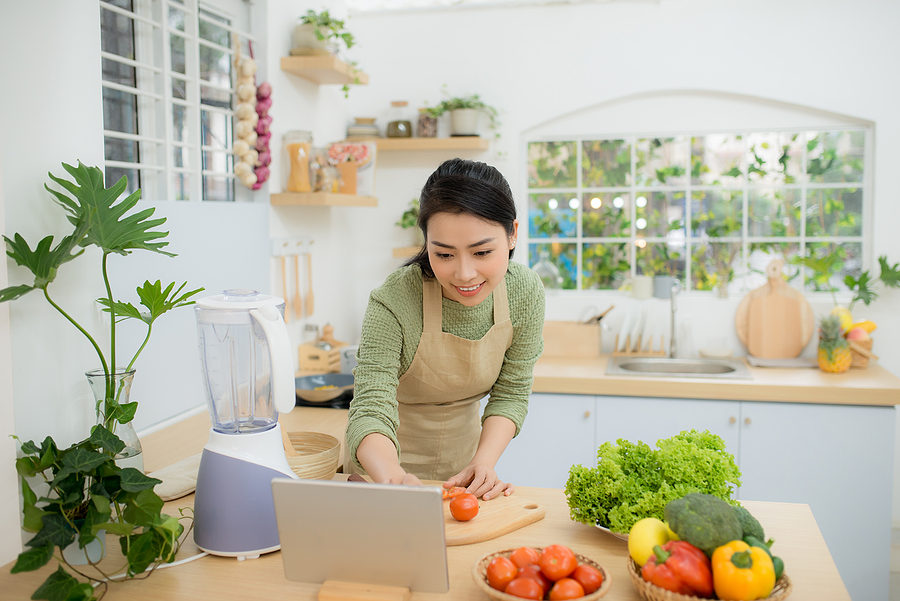 OE’s Chief Content Officer, Dorrie Rush, was the first to uncover the Pestle app for iOS, in a post on 9to5Mac. Dorrie, receptive to all things accessible, immediately noticed the alluring convenience of Pestle. With attractive features such as voice control and an easy interface, the potential benefits for cooks with vision impairments immediately popped in her mind. And so, taking the needs of a chef, and putting them in the context of vision loss, Dorrie and I teamed up to give Pestle the official once-over to pinpoint exactly what currently makes this app accessible, along with any missed opportunities.

Pestle is currently advertised as a pocket cookbook where one can add many recipes from different sources, collected into Pestle, with a touch of a button. It creates a uniform breakdown of internet-accessible diverse recipes. And in addition to this, some features go the extra mile for an all-in-one recipe destination—converting the ingredients when you’re working in unfamiliar units, scaling it to make the perfect portions, and access to timers right within the app. But, the unique claim-to-fame from Pestle is the voice-controlled steps (which seems priceless when your hands are covered in garlic and olive oil). Though this all sounds great – what does it mean for those with vision loss?

The first step to Pestle is to import a recipe. I found this to be valuable in theory – especially for recipe bloggers who detail their introductions more than the steps themselves. When working with vision loss, navigating through mountains of text can prove itself both jarring and exhausting. So, Pestle’s import should alleviate that concern. However, I found that any recipe which I’d attempted to import, that didn’t have an already-straightforward and clearly-laid-out recipe in the link, was rejected by Pestle. After no luck from a few lesser-known websites, I finally found one which imported no problem. This recipe was from Food52, a well-established food online publication and shop. I felt disenchanted, experiencing problems right at the outset, yet chugged along. For a chef like myself, who is often cooking recipes from lesser-known websites, the inconsistency was considered a major let-down. However, Dorrie could find recipes easily on Siri Search and all but a few converted without issue.

Right away, I took note of the distinct recipe layout. The text; written in contracting white and bright green colors. The ingredient amount is written in one color, whereas the ingredient itself is in a different one. So, to those with moderate vision loss, keeping a large repertoire of recipes in Pestle is conducive to a consistently efficient recipe reading experience.

Once “start cooking” is hit, the app turns into a full-screen display of the recipe’s steps, color-coded like previously, where the steps are white but when ingredients are mentioned, it’s in green. It’s naturally easy to distinguish between the instruction, and what is required to be on the cutting board. But because the recipe’s steps don’t automatically include the measurements, I found it was best to have everything measured and portioned beforehand. For an average week-night, assembling all the ingredients is certainly more organized, yet infinitely more time-consuming. Though there is a feature to tap on the ingredient which pops up the quantity, but it is in incredibly small text. Dorrie pointed out how, as one might expect, the iPad display offers quite large text, and this app is especially useful in that context.

For those who require a higher level of accessibility, the VoiceOver screen reader for iOS worked wonders. However, using VoiceOver requires tapping your screen, which somewhat defeats the purpose of their voice-controlled steps. Much of the novelty of Pestle is the ability to work hands-free, leaving them to get dirty in the ingredients. But when I tried to work hands-free, with necessary long pauses between steps, the voice control would no longer detect my voice. If I had recently touched the screen or moved steps, the app would be at attention, ready for my call. But, once 15 to 20 minutes had passed, idle on a step, the command would not register at all. I found myself repeating Next incessantly to a frozen screen. Shortly after, my phone was completely covered in flour.

Though there was something left to be desired, there were a lot of things Pestle did well. While a few recipe links I tried hadn’t agreed with Pestle, their developers made it clear they’re working on expanding its reach soon. And the recipe I saved was seamlessly integrated. I was impressed with the keywords accentuated, along with the steps so well presented. When the voice command worked, I was in love. I did feel the addition of the timers were superfluous – it’s much easier to ask Siri (or Alexa or Google) to set a timer, and easier to check it too. In tandem with the voice command, Dorrie and I agreed, adding voice commands that allow Siri to read the steps to you, would make Pestle better for everyone. But without that feature, and while the voice commands are not up to par, this app seems only helpful on a limited basis in terms of vision accessibility. Though, the potential is there, as is its current purpose – which Pestle delivers on well with clean formatted recipes that make reading easier for users of large text or VoiceOver.

Get Pestle on the App Store

For comments, questions or feedback, email us, or connect on Facebook or Twitter. We would love to hear from you!
About the Author: Sophia Segarra

Sophia Segarra is a recent graduate of NYU’s Gallatin School of Individualized Study, and studied in the areas of creative writing, politics, and media. She writes all things food, but you can also find her in the New York City restaurant industry as a Sous Chef.