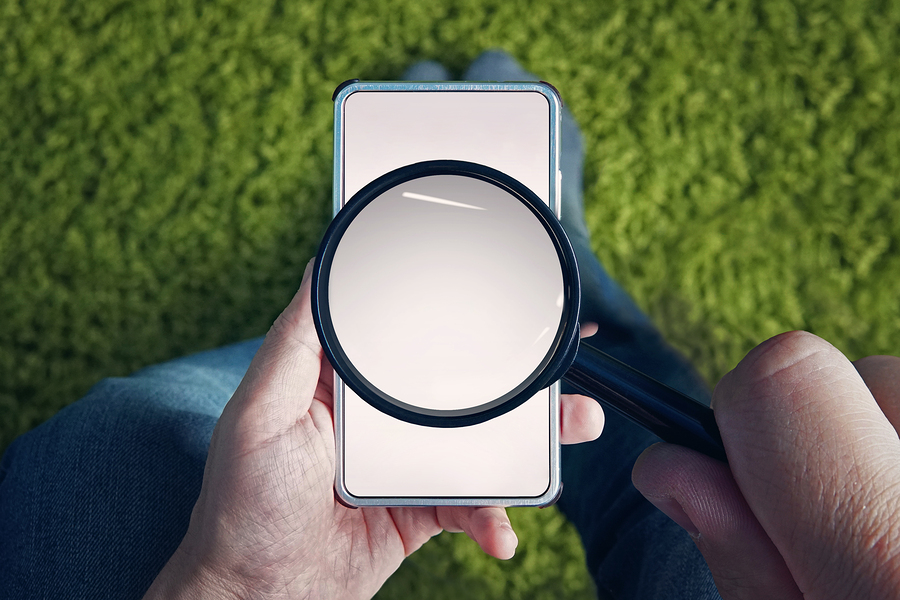 You don’t necessarily have to be of a certain age, or have a serious visual impairment, to benefit from the Magnifier built into the iPhone.  This is one of the accessibility features that is truly universal.  It’s in your phone, which is in your pocket, or in your hand and always ready to help you get a closer look.  It’s there for you whether you need to blow-up the fine print, or you want to make large text even larger.

Before the magnifier was added to Apple Accessibility Settings, it was only available in third-party apps, mostly with a low degree of clarity.  The issue for a long time was the quality of the cameras in the phones not being sufficient to produce a clear image when magnified.  With each new generation of hardware, the camera has improved.  It’s easy to see now, iPhone X has the best magnifier so far, and a safe bet the models that follow will be even better.

To turn on the Magnifier go to Settings > General > Accessibility > Magnifier.  Once clicked on in Settings, Magnifier can be launched with a triple click that brings up the Accessibility Shortcuts.

It would be very easy if we could open the Magnifier with a voice command, but for some reason, Siri will not yet cooperate, as it does for turning on/off VoiceOver.  Hopefully, this will be enabled in an iOS update soon.

The Magnifier screens contains several controls at the bottom:

Getting used to this magnifier is, like everything, all about adjusting.  It’s worth the effort, because the more you use it, the better you’ll get.  It’s incredibly convenient to have a magnifier always available in your phone, and it’s also in iPad and iPod Touch.

We use cookies to ensure that we give you the best experience on our website. Learn moreAccept