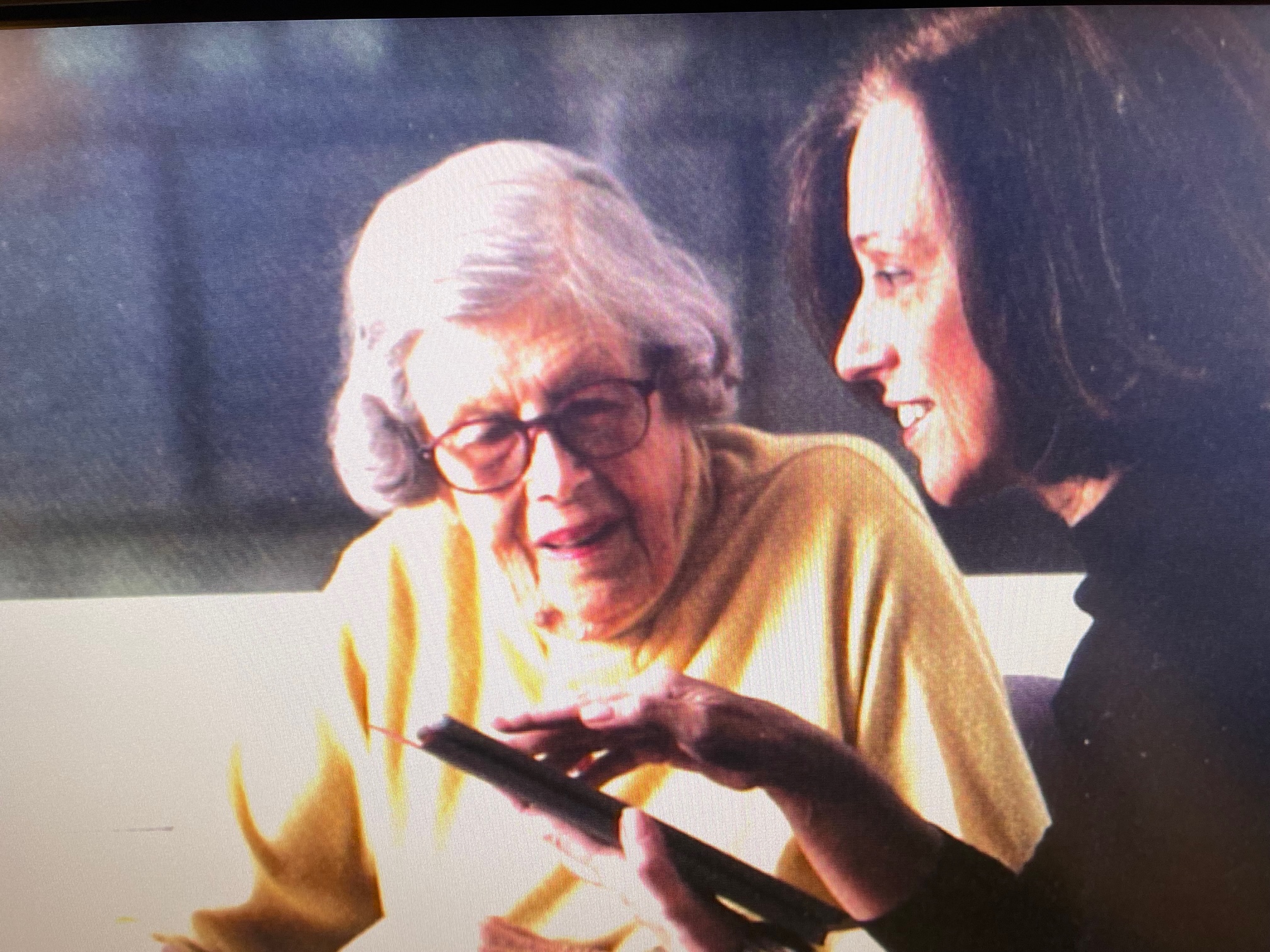 At 90, Edythe Gets Her iPad

In the early summer of 2013, Edythe Heyman came to my office, at the Lighthouse in New York, for a scheduled technology consultation. Diagnosed with macular degeneration in her 60’s, she had been legally blind for many years, and was then just months from her 90th birthday. With vision loss progressing, and no treatment or correction in sight, Edythe was referred to me, by her retina specialist, to explore the ways she might use an iPad. Seeking solutions to compensate for vision loss, she was particularly interested in finding ways she could continue reading The New York Times. I well understood the proposition, it was among the top requests from low vision patients and a loss I had experienced myself.

Although she did not use a personal computer, Edythe was not new to assistive technology. She utilized a video magnifier to read mail, for example, but it was not conducive to reading a newspaper.  She adopted an early version of the OrCam reader, but that too, proved to be less than optimal for reading the news. She was able, however, to satisfy her love of books, by switching to audiobooks, with a subscription to the National Library Service Talking Books program, early on.

At our first meeting, I demonstrated how Apple’s iOS devices used the VoiceOver screen reader to turn text to speech. We explored the ways Edythe might use an iPad to read The New York Times, read e-Books, audiobooks, and communicate by email, all by mobile apps.  She was anxious to give it a try, and we gave her the opportunity to navigate the touch screen, trying out some of the VoiceOver  gestures that give the iPad (and iPhone) a voice. She also got to try out some of the Siri voice commands and very quickly became interested to get started learning. I provided the details she would need to buy her iPad at the Apple Store and get it set up properly andWe reviewed how the training would be structured. I then cautioned Edythe, as I did everyone about to embark on the VoiceOver learning experience, “It will not be easy. You must be willing to work at it. Practice, on a daily basis, is essential for success. It will be frustrating at times, but soon it will become second nature. Learning VoiceOver is well worth the effort and it will change your life!”

A fair number of my potential students left  with the iPad or iPhone buying instructions in hand, and the cautionary words echoing in their head, never to be heard from again. Edythe Heyman returned one week later, with her new iPad, all set up and ready to go. She was able to accomplish her goal of reading her favorite newspaper again, everyday, with efficiency and with joy. She learned to communicate with family and friends by email, using a combination of Siri and VoiceOver, and she delighted in saving photos sent by family to her iPad Photos app. 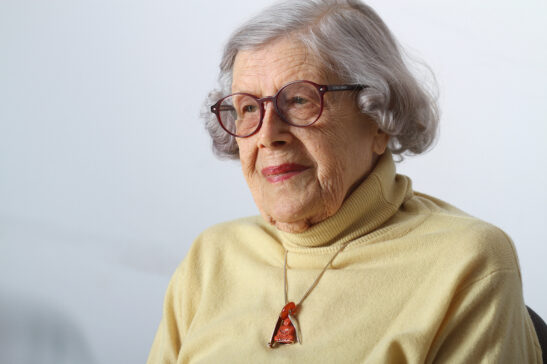 Edythe was not only there to learn, she was also there to teach us. A Lighthouse Guild Vision+Health publication from 2015 states, “At 92 years old, Edythe Heyman proves that there is no age barrier to learning new technology. No longer able to read standard print, she has embraced accessible technology to help her stay informed and in touch.  ‘One of my great pleasures was taking The New York Times with me to the breakfast table and reading it. I can’t do that anymore,’ says Edythe, ‘Now I can access The New York Times app, listen to the latest books and use email.’

Edythe Heyman passed away, at age 98, on December 1, 2021. The New York Times obituary in her memory ended with, “Edythe’s friends are asked simply to remember her.” She was a friend of mine and a generous supporter of the Association for Macular Diseases, OE Patients, Lighthouse Guild and many other organizations. She was an inspiration and she will be missed.