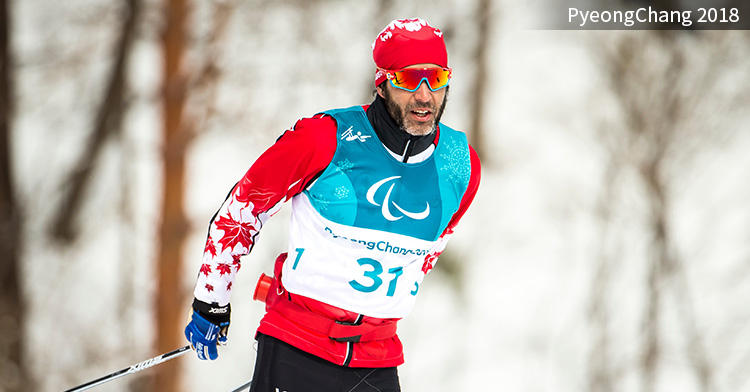 The story depicted in “Brothers,” a 60-second Toyota ad created to air during the 2022 Super Bowl and the Beijing Olympics, is based on the real lives of Brian and Robin McKeever. It opens with Robin teaching his younger brother to ski with glee. Growing up in Calgary, Canada, they develop a love for cross-country skiing and as their skills and training advance, they are preparing to compete with the best skiers in the world.

The tenor suddenly changes, and the video image becomes blurry in the center. There is a close-up of his eye, then his face, and we hear a doctor say, “Brian, we have found that you have a condition known as Stargardt macular degeneration. At this time, there is no treatment.” Upon diagnosis he is 19 years old, but his athletic career is far from finished.

The brothers continue training together, Robin providing his brother with vocal guidance. The work they do will take Robin to the Olympics, and both to the Paralympic Winter Games, with Robin as Brian’s guide. As Brian’s central vision loss progressed, the McKeever brothers competed together at the 2002, 2006 and 2010 Para Games, winning 10 medals. Brian has won 17 Paralympic medals, 13 are gold, making him the most decorated Para cross-country skier, ever. He is currently training for the Beijing Paralympics in March.

In a press release Toyota said the ad “shares an inspiring message of determination and spotlights the power of sport.” It is also a testament to the power of support. “I hope my story inspires viewers to start their impossible – whatever that might be,” said Brian McKeever. “I’ve learned firsthand that anything is possible with perseverance, and the support of a brother, like Robin.” Vision loss is not completely new to Brian’s family, his father is also affected by Stargardt Disease, as is his aunt. Having this point of reference and a positive role model, in time, helps him accept the diagnosis and understand the long game. “Looking back, those things that maybe did change are just tiny barriers compared to the big picture,” Brian says. “I’m losing my eyesight, and that’s a big challenge. But the reality is, once you start to look at how to move forward, the things that seemed like a big deal at the start ended up being inconsequential.”

Thanks to Brian, Robin and Toyota for reminding us of what is possible.