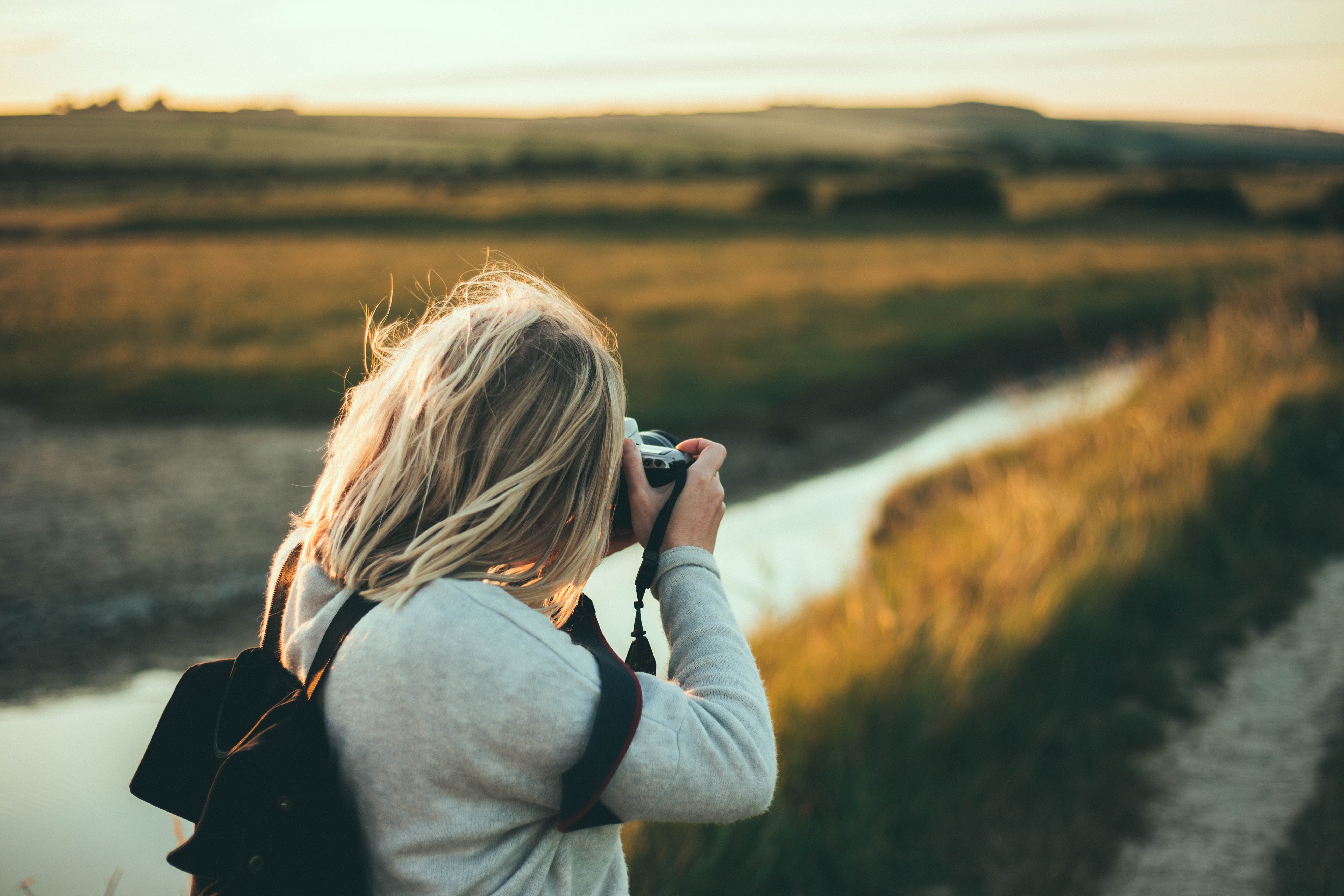 This year, we were delighted to share, on social media, a range of stories featuring artists, chefs, photographers and more, all living full and successful lives with visual impairments. Across age and industry, one quality ties these wonderful and inspiring narratives together — dedicated persistence in the face of challenges.

Here are the 10 stories that were your favorites in 2018.

Digital camera against the window sill, with yellow strap.

Bruce Hall is a legally blind photographer, teacher, and disability advocate. In his own words, Bruce “photographs in order to see”. His work has been published in textbooks and magazines, as well as featured internationally in art exhibits, such as the National Museum of Natural History at the Smithsonian; the Kennedy Center, Washington D.C.; and more.

Watch Bruce Hall in Apple’s “Behind the Mac” video.

Tammy Ruggles is a legally blind photographer living with retinitis pigmentosa. Tammy does not let her condition deter her from pursuing work. Instead, she uses her camera as a second pair of eyes to see the world in new and beautifully creative ways. An admirer of Ansel Adams, Tammy’s photographic style leans towards high-contrast, classic black-and-white shots.

Read Tammy Ruggles’ piece on her photography and philosophy.

James Rath is a legally blind YouTuber, filmmaker, activist, and public speaker, living with ocular albinism and nystagmus. He advocates for equal opportunities for all through his favorite medium of video. His work includes a spot for Apple, “How Apple Saved My Life”, highlighting the brand’s accessibility features; as well as a major digital campaign for Tommy Hilfiger’s accessible clothing line.

Closeup of green leaves being painted, with pencils next to the painting.

Robert Andrew Parker is an 87-year-old artist living with macular degeneration, known for his paintings, as well as prints of figures, landscapes, and animals. He has illustrated more than 100 books, and has been recognized with notable awards, including a Guggenheim, a Caldecott Honor and an American Association Notable Book award.

Keith Salmon is a legally blind British landscape artist, living with diabetic retinopathy. In his abstract paintings, he conveys the wild, free spirit of adopted home Scotland. An avid mountain climber and hill walker, Keith uses his expeditions to gather inspiration and material for his artwork.

Read the interview with Keith Salmon.

Erica Tandori is a legally blind artist, academic and public speaker, living with macular dystrophy. Throughout her artistic and academic career, Erica has been dedicated to exploring the lived experience of vision loss, and what it means to “see”. Her painted landscapes are highly realistic, with a haunting, misty quality.

Read the interview with Erica Tandori.

Novelist and Italian language teacher Paola Peretti was diagnosed with Stargardt macular dystrophy at the age of 17. The act of writing brought her clarity. Her debut children’s novel, titled The Distance Between Me and the Cherry Tree, features a young heroine with Stargardt disease. The book echoes Paola’s mantra of hope: “Never, ever give up”.

Cupcake with icing, next to sprigs of dried lavender, on a wooden table.

Penny Melville-Brown is a baker, who is also legally blind. She traveled to six continents over a year, meeting, cooking, and bonding with chefs, community leaders and other blind and visually impaired people along the way. She stopped by places like Costa Rica, Malawi, Australia, China and the United States, with her nephew documenting the entire world tour in a video blog series.

Benjamin Hsu, a sushi chef living with ocular albinism, has keen senses. When he works, it’s his passion, deftness and love for food that is most visible and apparent. Benjamin doesn’t let his visual impairment faze him. “My vision, it just makes things a little bit harder, but it doesn’t matter because I don’t let it matter,” he says.

For comments, questions or feedback, email us, or connect on Facebook or Twitter. We would love to hear from you!
About the Author: Bonnie Chan

Bonnie Chan is a featured contributor at Ophthalmic Edge Patients (OE Patients), an online resource, presented by the Association for Macular Diseases, providing practical information and empowering advice for living a full and successful life with vision loss. She has previously written for other publications, with a focus on wellness, creativity and social good.