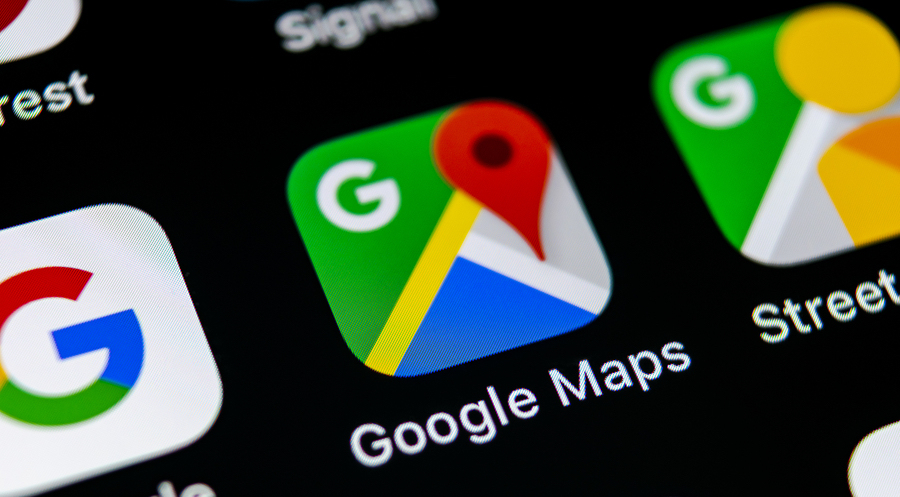 On World Sight Day, October 10, 2019, Google announced an important update for people with vision loss.  The news was reported by CNBC, CNET, Engadget and The Verge, among many others.  We learned Google Maps is rolling out a new feature that provides detailed voice guidance for walking directions.  They emphasize that it’s built for, and by people with impaired vision.  They also acknowledge it can be good for anyone getting around an unfamiliar place.

On the Google Blog

Wakana Sugiyama, a Business Analyst at Google participated in the development of this project as an advisor and tester.  She writes on the Google Blog, “As a legally blind woman living in Tokyo, I know that getting around unfamiliar environments can be a challenge. I can easily commute from my front door to my desk at work; it’s a trip I take regularly and know well. But going some place new and unfamiliar can be an intimidating experience without sight to guide you.”  If you have a visual impairment that prevents you from seeing signs or other elements of identification, you know the feeling Wakana describes.

The added audible cues Wakana touts sound like a dream come true.  She says, “With this feature, I can navigate the streets of Tokyo with more comfort and confidence. As I take my journey, Google Maps proactively lets me know that I’m on the correct route, the distance until my next turn and the direction I’m walking in. As I approach large intersections, I get a heads-up to cross with added caution. And if I accidentally leave my route, I’ll get a spoken notification that I’m being re-routed.”

The video of Wakana finding her way through the streets of Tokyo helps me to imagine myself getting to unfamiliar destinations with a new sense of ease.  The Google Maps iOS app is now open on my phone, but it is not completely clear how to turn on the new setting.  A call to Google accessibility support through the Be My Eyes (BME) app will provide the answer.

Ashley from Google answers the call and walks me through the required settings.  In the Menu, at the upper left, go to Settings, then Navigation, at the bottom of the Navigation options list turn on Detailed Voice Guidance.  This is my first encounter with Google through BME and it is quick, pleasant and productive.  All set and ready to go!

At the top of the Google Maps app, right past the search bar, I tap Voice Search and ask for, “Walking directions to P.F. Chang’s.” It’s a familiar destination for testing purposes, 0.6 miles, or 12 minutes, away.  On the bottom left corner of the app I tap the button labeled “Steps” to review the step by step directions for reference.  At the top of these directions there is an alert that says: “Use Caution – Walking directions may not always reflect real-world conditions.”

I tap the big blue button labeled “Start” and the voice navigation begins with, “Turn left on Renaissance Square and proceed for 250 feet and turn left onto MainStreet.”  I make a left on Main and continue walking 0.3 miles to South Broadway.  On route to South Broadway the voice guidance announces erratic fluctuations in distance ahead, 800, then 350, then 600 feet, all in a matter of 10 footsteps.  Twice while walking on Main St. the voice said to “Make a right turn”, but it was long before the turn was available.

At the intersection of Main & South Broadway I make a right turn as instructed and continue in the correct direction.  The voice tells me to make a right turn on two different streets along the way, but I don’t because it would have taken me in the wrong direction entirely.  I proceed to the left turn that will lead around a bend and onto Westchester Avenue, just minutes from P.F. Chang’s, ignoring the conflicting map chatter until it says, “Proceed for 0.1 miles” which means Google is now in agreement with my route.  The voice guidance is not always in sync with the directions listed step by step on the app.  Good thing I’m going to a familiar place.

Upon arrival at the entrance to P.F. Chang’s, unmistakable with its signature giant horse statues stationed in front, the voice guidance becomes unusually quiet.  I continue walking past the entrance to see how the navigation reacts.  At the corner the voice says,  “Make a right turn and proceed for 200 feet,” which takes me into a parking garage.  Inside the garage Google announces, “Your destination is on the right.”  But that’s not right.

The return trip did not go much better.  Voice guidance seemed to fall far behind my actual location.  Twice the voice said to make a turn that I actually took minutes earlier.  I was already back in my office sitting at the computer when I heard, “Your destination is on the right.” And that was wrong.

Not one to give up easily, I take two more strolls with Google Maps detailed voice guidance.  Both were simpler routes and the voice guidance a little better, however still not good.  Perhaps my expectations would not be as high had I not seen the Google video showing Wakana getting so smoothly to her destination in Tokyo, using this feature.  Why, I wonder, is it not working that well for me?

Before I finish writing this article I call Google support, again through BME.  I want to find out if I am doing something wrong, or if others are reporting similar issues.  It is again Ashley answering the call and she remembers our chat a few days before.  She has not received other calls on the new Google Maps feature, but promises to look into it and also to test the detailed voice guidance herself.

You too should give it a try and tell us how it goes.