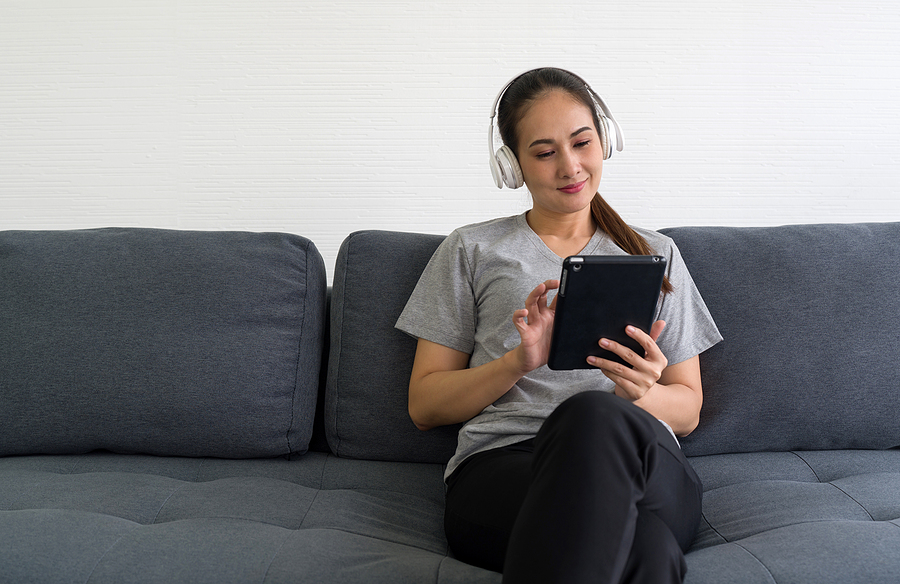 New for Winter from CML the Talking Magazine

As we read online content from magazines today, more and more we encounter the option to “Listen” to a recording of the article as it is read, not by computer speech, but by an actual person. To have quality writing read to us by professional voices is, obviously, desired and enjoyed by many and we are delighted to see it proliferate. Accessibility, clearly, is better for everyone!

Choice Magazine Listening (CML) predates this trend by about 5 decades, and it continues to provide a curated collection of quality writing from over 100 magazine publications. The collection comes together thanks to the dedicated and experienced team at CML. This publication has been offered to people with vision loss, dyslexia, and other print or physical disabilities since 1962, which means they have successfully provided audible content to an audience that not only appreciates it, but also needs it, for 60 years now. Available through the National Library Service (NLS).

BROWSE the Table of Contents

This past November, our Publisher, Mike Tedeschi, and a database consultant, Mike Aliffi, made a trip to Talking Book Publishers’ (TBP) studio in Denver, Colorado. Since 2009, TBP’s team of narrators has been “voicing” the stories, essays, poetry, and articles we have chosen to share with you, and its engineers have been creating the master digital files for each of our quarterly issues. Having this inside look revealed the extreme care and detailed attention that TBP takes to create the digital wonder that is CML. Thank you Gregg Savage and all the folks at TBP!

And suddenly it’s winter and a new year. War is still raging in Ukraine, economies all over the world are struggling, and old empires are at their lowest points in decades, most notably Russia and Britain. Let’s hope that 2023 brings greater stability, prosperity, and above all, peace.

At CML, we acknowledge the passing of Queen Elizabeth II, a symbol of British unity and identity lost at a troubled moment in the nation’s history. Fintan O’Toole’s meditation, “The Two Elizabeths,” ponders the dual nature of the late monarch, who was, on the one hand, a “lively, physical, intelligent, quizzical woman” and, on the other, a distant, untouchable “feudal ghost in the machine of a democratic state.”

Like monarchs or presidents, famous actors also have private and public personas. In his review of actor Paul Newman’s recently published autobiography, “Paul Newman’s Star Power,” Richard Russo recalls working with Newman, who starred in the film version of Russo’s novel Nobody’s Fool. “Paul’s impulse to be honest,” he writes, “deepened both my admiration and affection.” Similarly, Rafil Kroll-Zaidi’s “Island Time” takes us to the sleepy island of Islesboro, Maine, formerly home to none other than John Travolta. In the depths of the first pandemic winter, chasing down local legends of the star’s time vacationing there, Kroll-Zaidi is asked, and asks himself: “Why would you choose to be here now?”

Our poetry and fiction selections are particularly strong in this issue. Our poets include Sharon Olds, Yusef Komunyakaa, and Joanna Klink, as well as a rediscovered African-American feminist from the 1970s, Carolyn Marie Rodgers. Our fiction writers are no less wonderful and include A.E. Stout, Drew Calvert, Bruce McKay, and Mark Jacobs, whose story, “Stiff,” is a humorous riff on American hardboiled noir. We are also proud to offer “A Rainbow (1945–1975–2021),” a beautiful and wise multigenerational tale by CML favorite Wendell Berry. This story, as some of our other recent Berry fiction, is from his latest collection, How It Went: Thirteen More Stories of the Port William Membership.

At CML, we are delighted by stories of quirky, oddball, ultimately loveable characters, such as the late “B,” part hoarder, part mechanical genius, whom we meet in Erica Funkhouser’s essay “Time and Materials.” For decades, the eccentric “B” worked and slept in his shop amid an eternal supply of nuts and bolts, tools, salvaged lumber, and even an old truck chassis. And what of Camber, the world’s most desired sweatshirt that you’ve probably never heard of? Noah Johnson’s “The Legend of the World’s Greatest Sweatshirt” takes us to an early-20th-century factory in Norristown, Pennsylvania, where lifetime bachelor, karate master, and racecar driver Barry Schwartz oversees the production of highly coveted sweatshirts that are considered the Rolexes of activewear.

If there is such a thing as the perfect short story—vivid characters facing high emotional stakes in circumscribed time and space—Florida-based author Lauren Groff’s “To Sunland” meets the requirements. In Groff’s story, a young Southern woman must choose between caring for her developmentally disabled brother or going north for an education and a better future for herself.

Matthew F. Delmont’s “Half the Battle” revisits a neglected—and shameful—episode in American military and civil rights history, which resulted in the loss of 202 African American sailors and an ensuing court-martial for survivors. Daniel O’Neill’s “Averted Vision” is a soul-wrenching account of the author’s attempts to come to grips with and transcend the suicides of both his father and mother. The two tragedies set him on a quest through both modern physics and early Christian philosophy for a deeper understanding of the nature of being, death, time, and the universe.

Finally, “Beyond Catastrophe” by David Wallace-Wells is a powerful and different kind of piece on climate change. While humanity is hardly out of danger from climate change—note the devastating floods in Pakistan and the raging wildfires throughout the world—Wallace-Wells compels us to be cautiously optimistic and even hopeful. Our efforts to combat climate change, he posits, are making a difference: the US has passed meaningful climate legislation, the UN’s COP27 Climate Conference has instituted a “loss and damage” fund to support developing countries’ efforts to withstand the crisis, and global decarbonization efforts are beginning to pay off. Humanity’s future, Wallce-Wells writes, may be “well past climate normal and yet mercifully short of true climate apocalypse.”

In her contribution to the Threepenny Review’s running “Symposium” series (one of our favorites here at CML) translator Margaret Jull Costa takes us inside the world of a literary translator, likening it to the work of interpreting Shakespeare: “Translators, like actors, embrace the chance to be someone else, to speak someone else’s words, to be invisibly visible.” Several of her collaborations with the late great Spanish author Javier Marías are available for download via the NLS’s BARD program:

Our friends at Talking Book Publishers in Denver, CO—Gabriella Cavallero, Bill Wallace, Doug Tisdale Jr., and Dwayne Glapion, it was great meeting you all in-person and hearing how much you enjoy being the voices of CML. Ashley Steadman and Gregg Savage, thanks for taking us around and showing us the ropes. Looking forward to doing it again soon!

For comments, questions or feedback, email us, or connect on Facebook or Twitter. We would love to hear from you!
About the Author: The OE Team

Ophthalmic Edge Patients (OE Patients) is an online resource, presented by the Association for Macular Diseases, providing practical information and empowering advice for living a full and successful life with vision loss.

For questions or feedback, please email us.