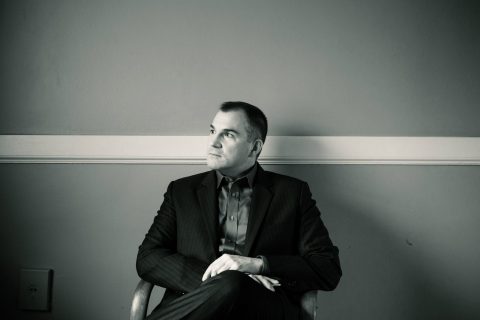 The Frankness of Bruni

Millions are affected by vision loss that cannot be corrected, yet it is quite rare that someone with a high profile is willing to openly share their experience.  In 1998, Henry Grunwald, the former managing editor of Time magazine and editor and chief of Time, Inc., published a memoir describing the ways age-related macular disease imposed on life as he knew it. The title, “Twilight: Losing Sight, Gaining Insight,” gave us the first clue, that Henry was, despite the challenges, working things out.

Two decades later, in a somewhat similar fashion, Frank Bruni, New York Times journalist and author, is sharing his personal experience losing sight suddenly to a stroke of the eye.  From his first insightful column on the subject, titled “Am I Going Blind?,” we learn that Frank, like Henry, is acquiring a new outlook.  Frank Bruni speaks to us in a way that is compelling, whether you know vision loss intimately or not.  He is also writing a book about the life-changing experience, which will be published in 2022.

A stroke of the eye is referred to by the acronym “NAION” for non-arteritic anterior ischemic optic neuropathy which refers to loss of blood flow to the optic nerve (the connection between the eye and the brain).  This condition typically causes sudden vision loss in one eye, without any pain.  There is a 20% chance it will happen in the other eye, which you hope and pray is not the case.  There is currently no treatment to reverse the loss or restore the sight.

It has been two years since Frank woke up one Saturday morning in October and discovered his vision had changed.  His good eye compensates for the eye that is impaired, but not completely.  Some might think it quite reasonable for a writer facing vision loss to give up on writing entirely, but that would be in many cases a serious misunderstanding.  The gifts we are given rise above vision loss, as a rule.  This is the lesson Grunwald and Bruni teach.  Frank explores how visually impaired and blind writers rise to the occasion in his column titled “Writing With Your Eyes Closed,” and you don’t have to be a writer to get the point.

Frank has been a voice at The New York Times for over 25 years, talking politics, food, religion and now he’s added vision to the mix.  His recent podcast interview for Hadley Presents with Ricky Enger, brought us more information about his process of adjusting.  Nearly two years into his experience, Frank has arrived at some powerful conclusions that we can all benefit from. 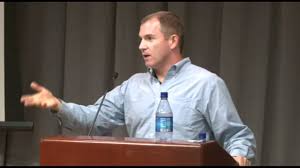 Image of Frank Bruni speaking at a podium.

He now understands “how crucial perspective is.”  By looking around you may come to realize your own challenges are a “pittance compared to what most people deal with.”  He focuses on the many ways he is “lucky.”

He decides to prepare, just in case, by getting used to listening to audiobooks.  This is not always an easy or quick adjustment.  Frank rediscovers why he loves visual reading and switches his strategy back to reading print for as long as he possibly can.

The speed of his writing has slowed a bit from what was a very fast pace, and he must be diligent with the correction of typos, but he now understands writing is a gift that is actually not dependent on good eye sight.  He learned touch typing in high school and that is a very important skill to have, no need to look at the keys.

He has a great appreciation for the accessibility in today’s technology and gives a shout out to Apple for the accessibility features that cover the spectrum of vision loss.  He utilizes the changes to font sizes, light and brightness, remarking that 20 years ago this would not have been possible.

Frank is surprised and dismayed by the lack of information or guidance he was offered by doctors about dealing with the inherent psychological and emotional impact of losing sight.  What he did hear from the doctors was, “So sorry, this is a rough blow, nothing we can do.”  He considers the omission a dereliction of duty, and is concerned for the patients who don’t have the ability or resources to figure out what to do next.